How do plants react to different types of light?

Light is vital to every living organism - but what kind of light is conducive to life? Are qualitative differences in the effects of different types of light? For example, how does artificial light influence fresh foods? Is it possible to describe these effects?

In agriculture, it is crucial to know how much and what type of light a particular fruit of vegetable needs to grow well.  The introduction of LED lighting has opened up a wide array of possibilities for food production: with ‘indoor farming’, crops such as tomatoes and basil are grown inside, with shelf on top of shelf of plants, grown entirely with artificial nutrients and light.  Some of these vegetables are actually certified ‘organic’, grown without pesticides; no pesticides are needed because no insect could survive in these conditions.

What are the consequences to foods grown without natural light? Even fruits and vegetables cultivated outdoors are exposed to artificial light after they have been harvested, during transportation, in storage and in the supermarket. Now lighting companies are promoting LEDs adapted to fresh produce enabling food to be stored for twice as long as without LEDs.2

We asked ourselves whether one can observe the influences of different types of light on food and have investigated this question in two small studies using various methods: formative force research3, image-creating methods4 and WirkSensorik5.

Further details and results can be found here.

Below, Dr. Uwe Geier describes how indoor farming started. Some of the studies in the footnotes are written in English and a fee is sometimes necessary to access a complete version.

LEDs have spread rapidly in greenhouse farming due to their wide range of properties highly suitable for operations in the food industry and low energy consumption. The research on LEDs and plants focuses on the targeted the use of high emissions monochromatic coloured light, increased yields and nutrient content, depleted nutrient content and thermal damage.6

At the same time, however, there is a lack of studies on possible changes in taste and consumer acceptance.7 It has already been proven that LEDs with a wavelength of 405 nm have an antioxidant effect on "baby leaf" salad.8

Diverse coloured LEDs actually change the inner elements of a plant and each part of a particular plant will react to a different wavelength, making the process complex and results challenging to predict.  Therefore, the authors conclude: “Our results show that to achieve solely a positive effect is complicated.”9

LEDs can actually delay the ripening rate of plants and vegetables

stored after they have been harvested. The quality of a number of plants, such as salad and asparagus, improve with artificial light treatment (LED and other types of light). However, other vegetables, such as radishes, onions and tomatoes deteriorate because they are very sensitive to light exposure. This means that there are no standard artificial lights which benefit all plants.

Some research into the effects of LEDs on food production and analysis have been completed and published. However exactly how food is affected by lighting while in storage and in retail requires further investigation.

The effects of lighting types on the shelf life of fresh meat have been researched because meat is a sensitive perishable food.

In the past, fluorescent tubes have been used for meat counters.

Researchers expected an extended shelf life for meat products under LEDs since they create less heat. However, two recent studies showed that there are no advantages to LEDs over fluorescent tubes. To the contrary, there were higher levels of fat oxidation (aging) under LED light in most products.10  Other research found more graying on salted steaks under LED.11 One can assume that the high proportion of high-energy blue light in LEDs ages the meat which outweighs the benefits of them creating less heat.

Surprises were also found in milk, another sensitive food: the taste of fresh milk in transparent plastic bottles changed distinctly even after just four hours under LED lights (1200 lux) in a standard supermarket. Average consumers tasted the difference between the ‘fresh’ milk from under LEDs and 14-day old milk.12

A follow-up study compared LED and fluorescent tube and their effects on milk.

In fact, there was less vitamin loss under LEDs, but sensor experts again found a taste difference. In a similar study on the quality changes of preserved cream, both fat loss and vitamin B2 loss were more pronounced under LED than under fluorescent light.13

Our own, previously unpublished research with the EmpathicFoodTest®, results with tests on quark and carrots confirmed these studies. LED-treated food samples rated lower by the trained food testers in regards to food-induced emotions than those under halogen. The studies conducted by the Gesellschaft für Bildende e.V. confirm the results.14

The disadvantages of LED lighting with highly sensitive foods outweigh the advantages. LED lighting has been found to be damaging to food taste, consumer acceptance and food-induced emotions.

Lighting experts, who are bombarded daily with questions from customers in the food trade, have been confronted with the rapid conversion and use of LED lighting resulting from massive advertising campaigns promoting their energy savings benefits. Disadvantages, which are becoming increasingly obvious, had not been disclosed or were unknown.

LEDs hit the market before their effects had a chance to be properly investigated, however increasing numbers of scientific studies are exposing complications stemming from their use. If the numbers of LED lights in supermarkets and refrigerated counters keep multiplying, we will have to develop ways to protect our food. This need is not yet apparent to LED users or the general public. 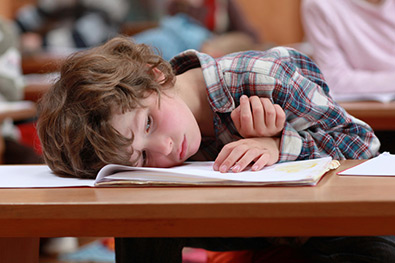 Effects of LEDs on cognitive abilities, imagination and creativity
More > 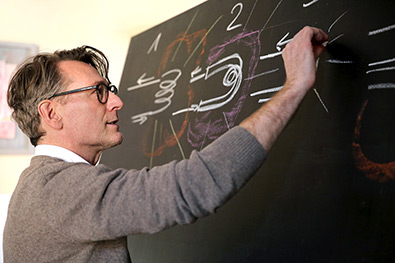 A brief review
More >
We use cookies in order to provide you a great user experience and to constantly optimize this website. You agree with this by further browsing this site. More information in our data privacy statement.